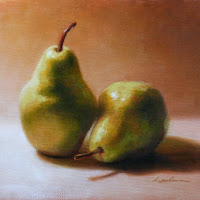 This painting was done as a relatively quick study.
The focus was on shape and shadow relationships. 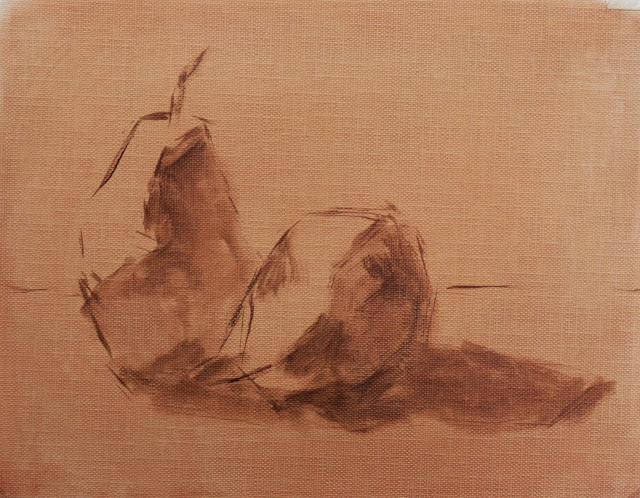 You can see that this study began with a horizontal composition.  My painting surface is a sheet of paper canvas which is convenient for quick studies.  The surface was toned with a mix of Gamblin's Transparent Earth Red and and Phthalo Blue thinned with Gamsol (OMS).  The purpose of the blue was to neutralize the orange tones in the Earth Red.  I chose Phthalo simply because it is transparent as well.

The goal during this block-in session was to place the pears on the canvas with accuracy.  I use straight lines which allow me to get more accurate angles for measurement.  Simplification is important.  (It can help to squint!)  My focus was on shape relationships (both positive and negative shapes).  The shadows were simplified to indicate the terminator.  This helps show the form by identifying the contour along the surface where the light changes to shadow.  Subtleties like reflected light were ignored. Before adding color, it was important to step back and evaluate the accuracy of the drawing and make changes as needed. 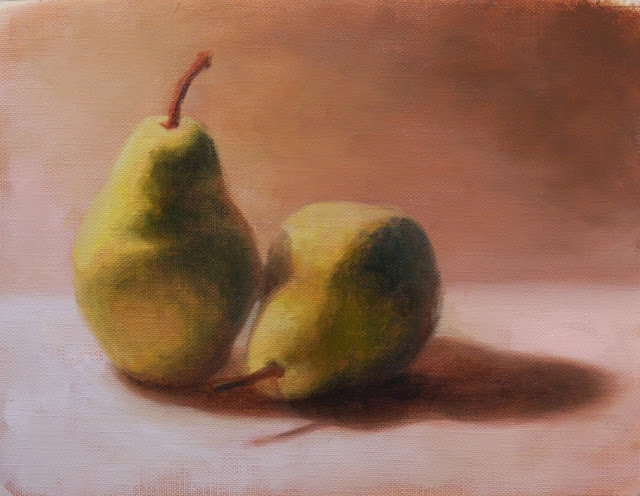 Color was blocked in wet into wet without additional mediums.  My goal was to mix and apply color with relative accuracy, but in a slightly restricted range of values.  The lightest highlights, in particular, are left until the next stage. 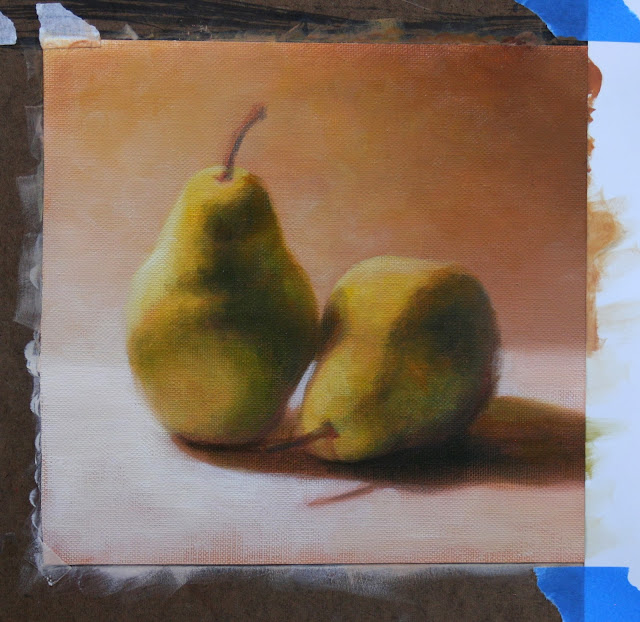 I had originally chosen the horizontal composition because I liked the strong diagonal shape created by the cast shadow.  However, I decided that the painting would be more interesting cropped.  The square composition accentuates the  yin yang "s" motion of the two pears and their stems.  When making a significant change, it is important to visually indicate it.   This allows you to continue your painting with the current composition in front of you so that the painting builds as a whole. 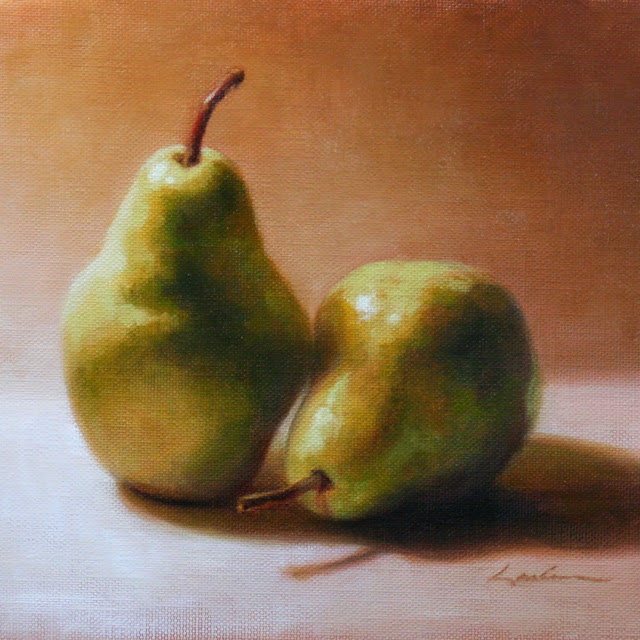 I applied the second layer of color after the first layer was dry/tacky.   For the background and shadow areas, I mixed in small amounts of Liquin Impasto.  I enjoy this medium because it allows you to develop rich layers of translucent color suspended in an impasto medium that can hold brushwork.  I did not use any medium for the lightest areas because of their opacity.  I found that the most interesting part of this study was the shifting colors/temperatures across the pear.

Take pleasure in the ordinary!
~ Lisa
Posted by Lisa Larrabee at November 25, 2013